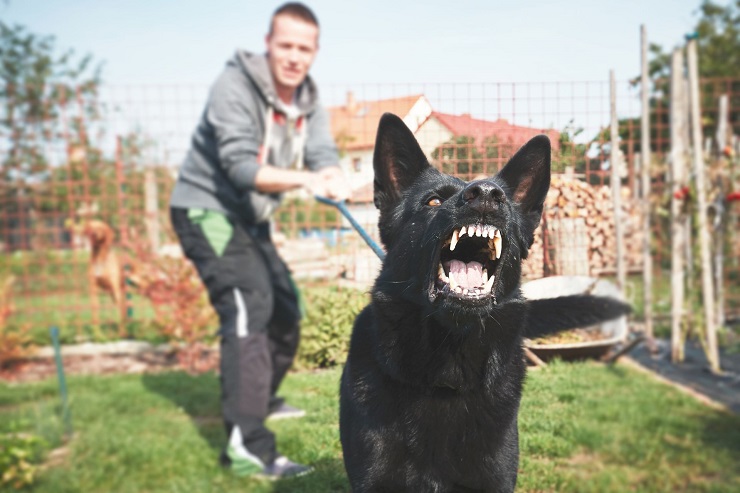 How To Curb Your Canine’s Excessive Barking

One of the only ways your pooch can communicate is by barking. It is his main tool for conveying a variety of messages. He’ll do it when there’s a stranger lurking on your porch; he’ll do it to let you know he needs to go outside; and he’ll do it when he wants your attention. The problem is, excessive barking can rattle anyone’s nerves, including your neighbors. To prevent them from becoming frustrated, and to preserve your own sanity, you’ll need to take steps to curb your dog’s behavior.

The first step is to realize why your canine barks. Once you understand the underlying triggers, you can implement measures to address them. That’s where we’ll start. We’ll then offer a few savvy tips for modifying his behavior and enjoying peace and quiet in your home.

Your dog’s barking may be prompted by one of several factors. He may simply want your attention, even if just to let you know that he needs to go outside. Or, he might sense others are nearby and bark to warn them to stay away. Your canine may also do it out of sheer boredom, such as when he has been left in the garage all day.

Other reasons include fear, playfulness, and health reasons. Regarding fear, your dog may be overly-sensitive to certain types of stimuli (e.g. thunderclaps, car backfires, people on bicycles, etc.). If he is playful by nature, he may bark excessively when greeting people. Lastly, many canines suffering health limitations will express themselves more vocally. For example, a dog that is losing his hearing may compensate by barking more frequently.

Determining the reasons your canine barks requires time and effort. But once you do so, you can take steps to modify his behavior.

One of the quickest ways to stop your dog’s barking is to sever the connection between him and whatever is prompting the behavior. For example, suppose he barks whenever he looks out through your windows and observes people walking nearby. Pull the drapes to sever the connection. Or, suppose he barks at other pets while he’s roaming around your backyard. If so, bring him inside your home.

Sometimes, the most effective method for curbing a dog’s excessive barking is also the easiest. If you can identify the trigger, eliminate your canine’s exposure to it.

This method takes patience. When your canine barks for your attention, he is rewarded when you give it to him, even if you’re merely telling him to be quiet. As long as he receives what he wants, he’ll behave similarly in the future. After all, he know it works.

The goal here is to withhold your attention completely. When he begins barking, turn your back and refuse to look at him. If he comes around to your front, turn your back on him again. Avoid petting him; avoid looking at him; even avoid yelling at him to stop barking. When he eventually stops, provide a treat and praise him. This helps him learn that barking causes you to ignore him, while staying quiet results in something he likes (e.g. a food treat).

Desensitize Him To The Stimulus

Dogs can develop many types of sensitivities, and they bark whenever they are exposed to them. For example, your canine might react to the sound of your automatic garage door. Or, he might begin barking excitedly whenever he observes people riding bicycles. Desensitization training seeks to build your dog’s tolerance for stimuli that excites him.

It is a gradual process that provides him with increasing amounts of exposure. If he is able to control himself while exposed to the stimuli, he earns a reward. Eventually, you’ll notice the factors that caused him distress and anxiety in the past will have less effect. It can take weeks to see noticeable results, but the effort is usually worthwhile.

All canines bark. Some do so much more than others. Use the suggestions above to modify your dog’s behavior so you, your family, and your neighbors can enjoy some peace and quiet.

The Dog Boarding Homes In Georgetown TX, The Best Place To Leave Your Pets

The Dog Boarding Homes In Georgetown TX, The Best Place To Leave Your Pets

Things To Make Sure For Right Cat Grooming

The Older Dog Deserves To Be A House Trained Dog

Training Your Puppy To Stop Biting Through Puppy Obedience Training